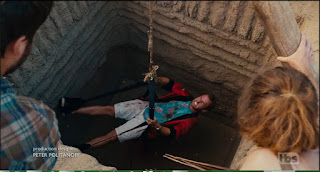 I’ve just been given a say in the potential incarceration of a convicted criminal. The opportunity gives me pause. It’s a powerful position to be in, not to be taken lightly.
On one hand, I can recommend the harshest sentence possible, in this case 6 months. Not much, but I couldn’t imagine having to spend 6 weeks in prison. He admits to having a problem, and the harshest sentence may not only teach him a lesson, it may act as a deterrent to others, and himself. That’s the point, right?
On the other hand, I can recommend a lenient sentence. This would be probation. The crime was a non-violent one, and restitution is already included in the plea deal.
I am leaning toward the direction of probation. Although victims commonly feel a sense of violation, I am not the direct victim, and I don’t feel the need to take this criminal’s actions personally. So I can look at this situation without emotion and from a big picture perspective.
First of all, prisons are overcrowded, not to mention very expensive to run. Keeping one more criminal, especially a non-violent one, out of the slammer (do people still say that?) is doing a service to the justice system. I have a friend whose husband is the victim of an excessive prison sentence. If I remember the facts right, he’s serving multiple life terms with no chance of parole for a nonviolent crime. This, while child molesters and first degree murderers routinely get out on parole. Ridiculous.
Another reason for suggesting a lighter sentence is psychological. I would hope that if this criminal learns that I had recommended a lighter sentence, and of course the judge will make the ultimate decision, that his conscience would help him get over his problem. Yeah, I know, this is wishful thinking. But maybe, just maybe, he would respond positively.
But if he doesn’t. If leniency doesn’t work, and he returns to his criminal activity, does that mean I should have recommended a heavier sentence? I don’t believe so. I’m no expert in criminal psychology or the justice system, but it seems to me, if he’s not going to change his ways, a heavier sentence will not change that. We may as well throw him in a pit like in the new TBS show, Wrecked. Steal food? Throw him in a pit. Shoot someone? Throw him in a pit. Don’t like someone? Throw him in a pit. Wrecked is a good commentary on a broken justice system. “Do the crime, do the time” is just too simplistic a philosophy.
I don’t know the answers. Yes, many criminals need to do the time. Yes, there are some good programs in place to rehabilitate prisoners. It’s just too complicated a problem when the population is so huge, we have good cops and bad cops, we have good judges and judges with an agenda, and there are so many “crimes” that shouldn’t be.
If the apocalypse happened tomorrow and the population were reduced to a fraction, what would our justice system look like then? What would we consider “criminal” activity? Who would decide? What would the sentence be? Throw him in a pit? Execute her? Banishment? Or would there be no justice system at all? Every man, woman and child for themselves. What do you think?
Click here to receive the Apocalypse Observer Newsletter in your inbox
www.readmota.com
To comment, scroll down and type in your comment. Under Comment As, you can select Anonymous or Name/URL (you don’t need to enter a URL). Then hit Publish.