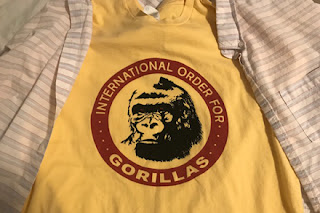 One of the most loved features of comic book and sci-fi conventions is the ability to pay through the nose for an opportunity to get a celebrity autograph or have one’s picture taken with a celebrity. The bigger the convention, the better the draw for a big-name celebrity, and the more options the convention attendee will have to meet famous people. This weekend’s Phoenix Comic Fest features big names such as William Shatner and Tim Curry.

Last year was my first visit to Phoenix Comicon (now Phoenix Comic Fest due to legal restrictions on the use of “Comicon”), and though I did not pay for any autographs or photo ops then, I wrote about how exciting it was to see some of the celebrities who were there, even if it was from a distance. I did get one autograph – Outlander series author Diana Gabaldon – and that was as exciting to me as meeting anyone.
The most devastating thing that can happen to someone who has paid for and really looking forward to meeting a celebrity is the dreaded “Unable to Attend” notification. It happens. These people make their big money through jobs and mainly appear at conventions to greet fans and make a little extra. So, if a job becomes available, bye bye comicon.
A couple of weeks ago, I gave you a hint at who I was going to meet and get my picture taken with this year. My teen crush, actor in Real Genius, Tombstone, Top Gun, Batman Forever, and many more films, Val Kilmer has canceled his appearance at Phoenix Comic Fest. And there goes my cosplay. I had a complete Chris Knight outfit ready to wear Saturday to pay homage to Mr. Kilmer’s Real Genius character, the one I fell in love with as a teen. What do you think? 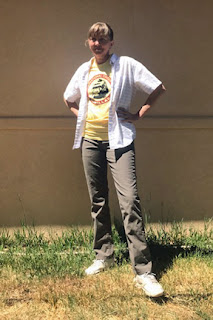 I’m terribly disappointed. I suppose I’ll hang onto my outfit and hope that he makes it next year. The question now is do I pay to meet someone else? Take a look at the guests for this year and tell me who you think I should try to see. That is, as long as the Comicon Apocalypse doesn’t happen and they find a job elsewhere.