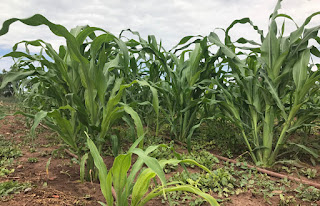 “The numbers project greater frequency of the new species being born than human births within twenty years at current rates. Although many people have panicked, trying to suggest everything from euthanizing all new species children to finding a vaccine (not a chance). They just don’t understand, there is no going back. The children continue to amaze me. They are kinder than us, and they work better together. Not that they can’t be aggressive, because I’ve witnessed them in action. They seem to understand the world better, reality at least. They have no delusions as far as I can see. I’m not sure they will be technological. They understand, but have little interest except when it benefits everyone. It seems so much of our technologies don’t really benefit us, and they have shown us by example. I consider, over all, they are superior to us. I suspect the GMO cascade that created them, farm families taking the brunt through increased exposure, will diminish after humans become a minority. One thing… my theory is proven, but I have no legacy. There will be no human legacy that matters to the newest generation.”

Click here to receive the Apocalypse Observer Newsletter in your inbox
www.readmota.com
To comment, scroll down and type in your comment. Under Comment As, you can select Anonymous or Name/URL (you don’t need to enter a URL). Then hit Publish.