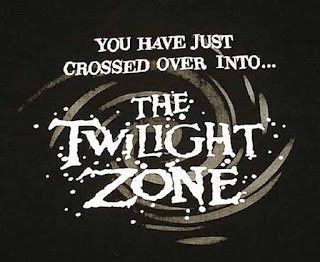 As I sit here, I can hear Rod Serling, “Imagine if you will, a Perfect World.”
The idea of it brings to mind all the fascinating possibilities… immediately followed by what could go wrong if designed by a human being. Even worse, a committee. A Twilight Zone episode if I ever heard one.
Why? Because the natural world already works so well. At least, it used to work. And the glitch in the machine is us.
But let’s imagine for the next few minutes that we could improve on what the present situation holds.
Some might see a megalopolis covering the globe with engineering wonders. Tall buildings, broad roads, all efficient and organized and manicured, with flying cars and spaceports and peace because all wants are satisfied. A place where everyone is happy because they all feel useful and secure. A completely unnatural world, even the green spaces weed free and the only animals remaining universally cute. A place where it only rains every other Monday, and you can plan on it.
Is it possible? Not now and probably not ever if we continue on our present path.
Personally, I don’t see a sanitized, cultivated, and homogenized environment attractive. I want severe weather, predators, and few guarantees. In fact, I’m going to suggest that if you want the megalopolis, you and I are going to have to figure out a way to make the present world work first. A perfect world is a process first, last, and always, before any end result. We have to survive what we have and leave behind a survivable world for those who follow. Well, unless your priority is yourself. And you might just find out that in making the world work as it is intended, you won’t need the overly controlled Utopian dream. You might even prefer a more natural world.
What is the first thing that stands in the way of a perfect world?
Well, to put a fine point on it… human beings.
There are too many of us.
Famine, pollution, over-crowding, over-fishing, health care, elder care, education, housing, home loans, debt, credit cards, fast cars, gangs, racism, oppression, slavery, industry, global warming, politics, war, and fake news…
I’m not saying that these things are exclusive to human beings, only that we have managed to make them into an industry. We are manufacturers of our own environment, and by sheer numbers we magnify these examples by merely being too many.
So, first thing and the highest priority… reduce the population.
Some people see this as horrifying. Some for religious reasons and some for other reasons. We human beings justify our place on the planet in a plethora of ways. I understand. I really do. But beyond all of the cute babies, the pride we take in family, and the rights of people to determine what is best for them, we are in serious denial of reality if we don’t acknowledge that too many people threaten the entire human race in the long run.
Now I could suggest several ways to do this or a population number that I see as optimal, but I don’t need to do that to get the point across. There are really great ways to manage population if we can agree and implement a change in our attitudes. The sooner the better, as nature also has less attractive solutions already in store for us. We won’t dodge forever, and if we think we can, the results will be worse the longer we delude ourselves.
Some people are perfectly happy with the situation as it is. Many claim that education and economic stability is reducing the need for children in developing countries. That technology is keeping up with demands, and that any real issues are with distribution of resources more than anything else. One thing about this view… if only the developed countries are reducing numbers then we leave those not educated to the advantages of a smaller population as the fastest growing population.
The issue is resolving? Okay, if that’s the way you want to see it… but I prefer to recognize that a smaller population doesn’t have to rely on technology or logistics to solve problems. A smaller population doesn’t create the issues in the first place, and those outside the scope of problems that manifest can help more easily.
So let’s say that human numbers are reduced, compassionately, to a level where population is no longer an issue. That means to a number where the earth can cleanse itself using natural systems already in place. What are the consequences?
Technology would still exist. Education and medicine and industry would still be able to flourish, perhaps in ways better than with more people. Certainly, music and art would be more appreciated. The rate of change might slow. Societal pressures would lessen.
A perfect world might be a climate-controlled environment with a dome over it, a cubicle and an assigned task to make you feel useful. A bowl of soylent green and a nightclub without alcohol where everyone dances the same steps to music that is nothing but a heavy, pulsing beat. Where everyone exists under the looming issues of the day, always wondering when…
Or a perfect world might be a place to be an individual with a chance to triumph or make mistakes by your own decisions. A green place that is shared with wildlife and pavement is rare. A place where sweat and education are both valued, and talent has a chance to rise. Where family is measured by close bonds and nights are spent in front of a fireplace with full bellies and an expectation of what the next day holds.
A perfect world exists. We just have to recognize what that means…
Click here to receive the Apocalypse Observer Newsletter in your inbox
www.readmota.com
To comment, scroll down and type in your comment. Under Comment As, you can select Anonymous or Name/URL (you don’t need to enter a URL). Then hit Publish.