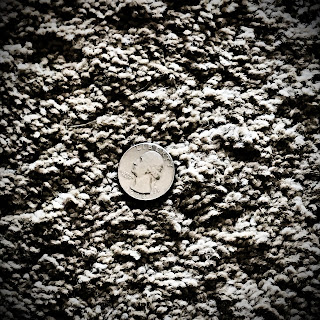 When I was a kid, I once saw glowing eyes on my bedroom wall. To this day, I can’t explain what it was. Was it a “ghost?” I doubt it, but then, who knows? Over the years, I’ve occasionally contemplated it. I’ve thought it was probably lights from a passing car. But wouldn’t I have seen the same glowing eyes on a regular basis?
I was afraid of ghosts when I was a kid. It didn’t stop me from terrorizing my friends, though. When a friend and I planned a slumber party one time, we rigged a rocking chair to rock when we pulled a string and set it rocking after we hit play on the tape recorder we had recorded typical ghost “woooo” sounds on. Scared the bejeebers out of everyone.
Other than the glowing eyes incident, I never really had any paranormal experiences growing up. In recent years, I heard some unexplained voices at a previous workplace, once corroborated by someone else. But though I remain a skeptic, apparently I’m still afraid of ghosts.
I enjoy watching SyFy Channel’s Ghost Hunters, mainly because I like how they try to debunk things, but I’m always intrigued when they capture compelling evidence. I recently rented an old house for my staff and me to stay in on a business trip. Two of my staff captured their own compelling evidence.
On our first night, we all slept well. In the morning, however, one of my staff came to me and said she caught a strange voice on her sleep app that records her sounds and sleep patterns. She played it for me several times, and sure enough, there was a male voice. We couldn’t make out exactly what was said, but it was definitely not her.
Then another staff member came forward and said someone threw a quarter at her in the middle of the night. She said she felt something hit her foot and then she heard it bounce off the metal bed rail and hit the floor. In the morning she saw the quarter lying there. We all went into her room, and there it was. We could not figure out where the quarter came from or how it could have charted its midnight course without an intercessor. Later, someone looked it up online and discovered that ghosts throwing coins at people is really “a thing.”
Both my staff members also reported cold spots and the feeling of being touched by something. That night, they slept with their lights on.
When I went to bed, I shut the door, turned out the light, and said a prayer for protection. The prayer worked. I didn’t get bothered by any paranormal activity. No, it was my own imagination that did me in. Before I could fall asleep, it seemed like the room got darker, and I felt like I was being smothered. Just the blanket I had firmly around every inch of me so as not to “expose” myself to the ghost. And then there were the nightmares. I don’t remember details, but I kept waking up, heart pounding, afraid to open my eyes in case I might see something I didn’t want to see.
By the light of day, it all seemed so silly. What exactly was I afraid of? I’m so brave while I’m watching Ghost Hunters, imagining myself walking around a supposedly haunted house for half the night, debunking strange events and collecting evidence of – something – from another dimension. And there I was, cowering under the covers. I can laugh about it now, but I don’t think I’ll rent that particular house again.
The morning after the second night, getting ready to leave for home, I was washing my hands in the bathroom, and I felt like something was blowing on my face. I looked up in the mirror, and sure enough, a tuft of my hair was moving as if there was a breeze. The window must still be open. No, the window is not open. A vent? No. I looked at my image again, just one little tuft of my hair blowing. But why? I tucked it behind my ear and high tailed it out of there.
Click here to receive the Apocalypse Observer Newsletter in your inbox
www.readmota.com
To comment, scroll down and type in your comment. Under Comment As, you can select Anonymous or Name/URL (you don’t need to enter a URL). Then hit Publish.