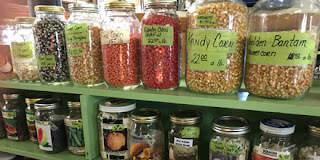 The lessons of history can prepare us for the future only if we listen and apply them. Regardless of the apocalyptic scenario, natural or human-caused, human survival will depend on commerce, i.e. the interchange of goods and services. Sure, you may be able to take care of yourself and your family for a while, but eventually, you’ll need to interact and exchange with others to rebuild community.
Imagine aliens arrive and begin massacring humans and herding them into concentration camps. Eventually, the humans are given an opportunity to leave under numerous onerous conditions, and they return to their homes, only to find them burned to the ground. They must start over and with precious few resources.
Now imagine this has already happened only you don’t have to imagine it. It has happened to many indigenous groups around the world. This year, the Navajo people are recognizing the 150th anniversary of the end of the Long Walk. The Long Walk refers to their 4-year incarceration at the hands of U.S. soldiers. They were driven on foot for hundreds of miles to Fort Sumner, NM, and many died. Navajo mothers handed their babies to strangers along the way with hope they would survive. When presented with a treaty, Navajo leaders agreed to sign on June 1, 1868. They gave up many freedoms in exchange for the ability to return home.
But home wasn’t the same. Homes and fields were burned. Livestock was slaughtered. To help the Navajo people get back on their feet, the U.S. government paved the way for willing traders to establish hundreds of trading posts across reservation lands to provide needed goods and services. While some of the traders took advantage of the Navajo people, many knew that benevolence and generosity made them more successful.
A future apocalypse may look very different with no benevolent traders readily available to move in and help survivors regain their footing. But commerce will still be a critical function of long-term survival. If you have prepared poorly or not at all, you may need to rely heavily on the benevolence and generosity of others who have abundant resources.
If you have abundant resources, you have some decisions to make. You can take advantage of others who are desperate for your goods and services. Think slave trader, pimp, mob boss, etc. Just remember, some traders lost their lives at the hands of the Navajo because they did not respect the people they were there to serve. Alternatively, you may choose to be generous without the expectation that you would be eventually rewarded. The latter choice is certainly the more ethical and peaceful.
There are lessons to be learned here. Foremost is to avoid being the oppressor who subjugates innocent people. More easily said than done when you look at world history. Humans have a tendency to follow the crowd, and when a dynamic personality leads them in the wrong direction, evil ensues. Examples abound in every era and every nation.
On a personal level, one lesson to be learned is to be prepared. I’m not telling you to dig your underground bunker tomorrow but to take reasonable measures to protect yourself and your loved ones from hard times. That includes everything from a lost job to an existential crisis for humanity. Even a minor crisis can be life-threatening if you haven’t thought of the basics.
A greater lesson we can learn from this is to be grateful for what you receive and to be generous with what you have. I have been in a position of need, and I am grateful for those who have generously helped me through tough times. An even better feeling is to help others.
The Navajo people today have survived the Long Walk, but social and financial problems continue to plague them. Convenience stores and big box stores in border towns meet most of the needs of the Navajo people on the reservation, and few trading posts survive. The oldest continuously operated trading post in the southwest is Hubbell Trading Post in Ganado, AZ, and it has been a National Historic Site since 1967. The trader at Hubbell, Edison Eskeets, is planning a solo long-distance run of over 330 miles to commemorate the Long Walk and honor his people because he is Navajo. If you’re interested in learning more and sponsoring Edison, CLICK HERE.
Don’t be stingy with what you have – money, skill, talent – share with others, and make the world a better place.
Click here to receive the Apocalypse Observer Newsletter in your inbox
www.readmota.com
To comment, scroll down and type in your comment. Under Comment As, you can select Anonymous or Name/URL (you don’t need to enter a URL). Then hit Publish.

1 thought on “Commerce for Survival?”