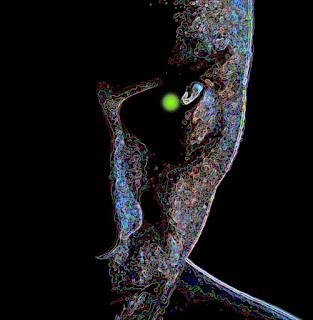 Are we ready for artificial evolution? By that, I mean designing and constructing our own evolution as a species?
Recently the great Charlie Rose “interviewed” a robot. One thing struck me right away. Before the interview, the make-up person asked the human accompanying the robot if “she” (the robot) would move as the make-up was applied. Right away, the human-looking mechanical was granted the position of having humanity. She was a “she.”
What has an Artificial Intelligence to do with human evolution? Well, have you considered transhumanism?
Transhumanism:  An international and intellectual movement that aims to transform the human condition  by developing and making widely available sophisticated technologies to greatly enhance human  intellectual, physical, and psychological capacities.
And there you have it. Intentional playing around with the genetic potential of a species, Homo sapiens sapiens, modern man in the present form…
Why do we want to do that?
Well, consider how fragile we human beings really are. The common cold gives us a good excuse to call in to work sick and take two or three days off. Sure, we could go in anyways, but then the rest of those we come in contact with comes down with the illness, and pretty soon everyone is calling in. In the rest of the animal kingdom, illness is far less likely. Bovines (cows) have very few common life threatening diseases. We’ve all heard of hoof and mouth, and anthrax, but they are not very common at all. Wild animals are even healthier as a rule.
Presently human scientists are engaged in DNA manipulation and restructuring to “cure” genetically inherited anomalies. The success rate is expanding exponentially. There are other fields of study with at least as much promise, really just beginning. There is research being done in the field of nanotechnology, tiny synthetic robots, which may prevent bacterial and viral disease altogether. Beyond that, nano-sized robots may be engineered to identify and kill cancer cells before they can spread.
Between genetic engineering, identifying people carrying DNA with risk factors, and removing those faulty genes to be replaced with healthy equivalents… and molecule sized injectable armies to combat biological invaders, disease could be more in the past than the future.
Are there other ways that transhumanism might change the human condition? Something beyond genetics that might create a functional non-human entity?
In the field of prosthetics we are starting to replace lost/missing limbs with artificial appendages that are increasingly capable. Not just legs and arms, but also bionic eyes and artificial hearing devices. Advancements in nerve damage repair is becoming a reality.
Why do I mention this? Because many of the artificial appendages are controlled by wireless electrical signals from a human brain. There is a very real probability that an individual’s human thought and personality will eventually be housed in a mechanical body.
How soon will it be that a terribly mangled person will be offered the chance to have their physical brain reenergized within an artificial environment, a body made of metal, plastic, and synthetic muscle fibers? Something made to look entirely human.
There is research in its infancy being done involving downloading the human mind’s electrical activity into an artificial environment without any biological components. With no necessity for any organic tissue, many of the problems inherent in interstellar travel become moot.
I neglected to mention what the robot, Sophia, answered to Charlie Rose in his interview, when asked what its goals were. It (or “she” if you prefer) replied, “I want to become smarter than humans and immortal.”
If transhumanism succeeds, Artificial Intelligence will have a race.
If one person can be downloaded into a synthetic environment, why not several? It remains to be seen if this means independent beings, autonomous, that can join together if they desire… or a true hive mind that is linked continuously. Would a hive mind of all human experience and knowledge be smarter than a mechanical mind?
And immortality? What about that?
Something to look forward to, or is it?
Click here to receive the Apocalypse Observer Newsletter in your inbox
www.readmota.com
To comment, scroll down and type in your comment. Under Comment As, you can select Anonymous or Name/URL (you don’t need to enter a URL). Then hit Publish.

1 thought on “Evolution by Design”