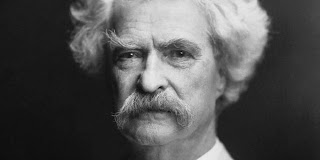 A collection of thoughts and quotes jotted down as life passes by.
Good design is very often beyond the designer’s grasp. They don’t have the ability to design for the market as they are stuck on designing to impress each other, those with deep pockets that provide funding, and those few that really care about chrome and shiny bits. Lucky for them that the rest of us can use enough of what they make that we buy what they are selling.
All good leaders have to lie, cheat, and steal to do their job well. This is something that most people seem to not understand. The thing that separates lousy leaders from good ones is their intentions. Those that listen and represent ALL of the people, city, county, state, nation, world… to the betterment of everyone are the good guys. Those that represent their donors, their own pockets, and especially their egos, are the bad guys. Unfortunately, the ones that intend to represent people instead of donors are rarely elected, much less reelected.
It’s easier to see the truth when you realize that you have chosen a veil to see the world through, and then purposefully remove the veil.
Theodore Roosevelt: “It is not the critic who counts; not the man who points out how the strong man stumbles, or where the doer of deeds could have done them better. The credit belongs to the man who is actually in the arena, whose face is marred by dust and sweat and blood; who strives valiantly; who errs, who comes short again and again, because there is no effort without error and shortcoming; but who does actually strive to do the deeds; who knows great enthusiasms, the great devotions; who spends himself in a worthy cause; who at the best knows in the end the triumph of high achievement, and who at the worst, if he fails, at least fails while daring greatly, so that his place shall never be with those cold and timid souls who neither know victory nor defeat.”
There is a very large change in attitude over the years with people using selective reasoning in choosing what they see as right, and even ethical. It’s like a bunch of young parents protecting their child, even though they know their kid did the wrong that they are accused of. I hear people all the time, screaming in protection of the second amendment, proclaiming loudly that they are supporting the Constitution… and all while they are making excuses for the breaches of the fourth amendment. And this can be said just as easily in reverse depending on which party is yelling loudest at the time.
Reality is independent of what human beings perceive. We either see it accurately or we don’t. We either understand what we see, or we don’t. We either accept what we see, or we don’t. We, ourselves, are the problem with having the perception of different realities, because we are human and want to make reality as we see fit. If we don’t see, understand, and accept reality for what it IS… in our pride we change it. But only humans are so mentally insufficient that we believe the changes are real.
Mark Twain: “It’s easier to fool people than to convince them that they have been fooled.”
The world population was 2.5 billion in 1950 and 6.7 billion in 2008. The earth was already warming uncontrollably at the turn of the twentieth century. At the present population the practice of recycling, driving electric cars, and building wind farms is purely symbolic.
What cracks me up is that we all fail to see the humor in it when we are caught out believing something that just ain’t so. It is a universal that humans will rally around a falsehood when on the other side of truth, rather than simply change their mind in support of the truth.
Yes, we are survivors, and yes we are breeders… but once we have wasted the last critical resource we will have to find another way to continue to exist, or we will die.
Sorry, can’t find a good attribution for who said this: “People are more offended by labels, swear words, opinions, and middle fingers than they are by famine, warfare, and the destruction of our environment.”
All organizations have their faults. It does not matter what organization it is. The best way to repair those faults is to recognize them and speak up. The most sure way to be labeled a traitor to the organization you would like to make successful is to point out the faults in it and try to repair what is wrong. The extreme loyalists in any organization are the people most likely to make the organization fail.
Click here to receive the Apocalypse Observer Newsletter in your inbox
www.readmota.com
To comment, scroll down and type in your comment. Under Comment As, you can select Anonymous or Name/URL (you don’t need to enter a URL). Then hit Publish.